1984 ……… August 27 –   Good Shepherd Lutheran School was established. Many months and countless hours of study, prayer, and consideration were dedicated to such an important undertaking by the members of Good Shepherd Lutheran Church. Parent committees along with the leadership.  The goal then, as is now: to provide quality Christian education. It was found that many in the church and community were searching for this type of education.

The school started with 4 permanent classrooms and 2 portables and served children in K-8 with an enrollment of 134. Mr. William Cochran served as principal. 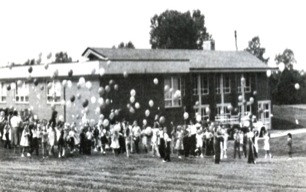 Consideration was given to starting with kindergarten through grade 4, but as discussions evolved and the Holy Spirit worked it was decided to open for the first school year with all grades through eight. A building addition of four classrooms and two portable buildings were provided that year.

1987 ………   The second school dedication of a new complex consisted of 3 classrooms with a science lab, a fully equipped kitchen, a school office, a gymnasium with a stage, locker rooms and restrooms. The enrollment grew to 245 students.

Chapel Court was purchased for the starting of a Day Care and Preschool 3’s and 4’s were moved to allow for the lower level of the old church to be put into classrooms. The 2’s program was started in the Day Care.

1988 ………   Back portables were purchased and installed for expanded growth of 278 students. The Hot Lunch Program began.

1991 ………   Enrollment grew to 351 students. Mr. William Cochran took a call to the Eastern District, as their Executive Director. Mr. Robert Mayhew served as Interim principal for the month of April. Mr. Paul Brandt accepts the call to become the second principal of Good Shepherd in 1992.

1992 ………   Good Shepherd purchased a portable for the existing library, which allowed for additional classrooms in the portables in the back by the gymnasium.

1996 ………   Additional classrooms were made available down in the old church’s basement. The enrollment was 375 students.

1998 ………   Good Shepherd Lutheran Church was built, which allowed for additional classrooms to be put in the old Sanctuary and pastors old office areas. The enrollment grew to 437 students.

1999 ………   Good Shepherd establishes 2 classes per grade K-8 Mr. Paul Brandt accepts the call to be the principal to Shepherd of the Desert in Scottsdale, Arizona. Mr. Robert Mayhew becomes interim principal in 2000-2001. The enrollment was 401 students.

2001 ………   Mr. Robert Mayhew accepts the call to be the third principal of Good Shepherd Lutheran School. NLSA (OI) Accreditation was granted.
The Campaign Emphasis Drive begins with the theme being Our Children’s Foundation is in Christ – The Good Shepherd. The enrollment is 406 students.

2003 ………   A third addition was dedicated on October 26, 2003. It consisted of 13 additional classrooms, a computer lab, a media/library, a gym balcony with additional seating, a cafeteria, and new office addition. The entire exiting facility is also being renovated.

2004 ………   The cafeteria was updated, the kindergarten rooms were renovated and new lighting was provided for the earlier facility and Early Childhood Center. The enrollment was 412 students

2005 ………   Standardized dress was instituted for grades K-8. Master Plan has been reinstated to explore the possibility of building a new Early Childhood Center. The enrollment was 413 students.

2006 ………   Established full-day Kindergarten and continuing our half-day program in the morning. Nonpublic accreditation was completed. The enrollment was 431 students.

2008 ……….   Completed NLSA On-Going Improvement and was recommended as an Exemplary Accredited School.

2009 ……….   The school was granted Exemplary Status by NLSA. We celebrated 25 and 50 years of ministry for school and church. The Master Plan has been reinstated to begin a strategic plan for our ministry. The enrollment was 385 students.

2011 ……….   A future plan includes developing a new Early Childhood Center for ages 2-5 on the main campus.

2014 ……….. Working on EBA – Evidence Based Accreditation for NLSA, in April 2015. We broke ground on September 7, 2014, for the new Early Childhood Center, which will have Preschool and Kindergarten classes.

2015 ………..  Was granted EBA Accreditation with the District presentation of a certificate on Sunday, August 2015. The Dedication for the New Early Childhood Center was dedicated on Sunday, August 30. Praise God and To God Be the Glory!
We implemented 4th grade band as beginners and changed 5-8 as a concert band. The Band Program has added a marching band for grades 5-8 to participate in area parades.

2017 ……….. Went to 1:1 initiative using Chromebooks for grades 6-8 and grades 3-8 using Google Classroom. We are 1:1 in grades 4-8. A new baseball field was completed along with dugouts – home games were reestablished.

2018 ……….. A designated Learning Center for STEAM was developed.

2020 ……….. A COVID-19 Pandemic started March 16, 2020 and we went Remote learning for all students. We had a virtual graduation for our 8th grade class. We have instituted Google Classroom and Seesaw for platforms for Preschool – Grade 8.

2021 ……….. School started August 18, 2020 in person learning with also 17 Synchronous learners. We have been blessed to be in person learning for the students and families. We are still going through a Pandemic with area schools remote for hybrid learning. We were granted EBA Accreditation. 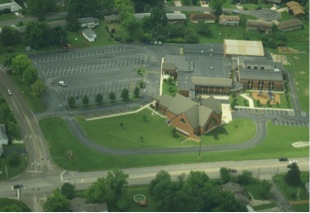 END_OF_DOCUMENT_TOKEN_TO_BE_REPLACED

This year will fly by fast, but the exponential value of working together will linger for a lifetime as we relish the experiences we have shared and, even more importantly, as our children grow up to model our example.  Thank you Good Shepherd and 8th grade parents!

“We have such a great group of parents,” a long-time friend said the other day as we compared notes on how our 8th grade fundraising efforts for Washington D.C. were going. As I hurried on, I couldn’t help but think about what she said and recognize its significance.

January 27, 2022
View the Verse of the Day
BibleGateway.com

Christ-centered, quality education. Schedule a tour today to see why Good Shepherd Lutheran School is the right school for your family.